The last few weeks have been a flurry of games (baseball and basketball), parties (team and birthday), school events and moving. Yes moving, but probably not what you're thinking. I haven't had much time to really reflect upon anything, but I thought I'd share some photos.

My 5 year old's first baseball practice. In that gear, he looks exactly like my 7 year old. Now I get why everyone confuses them… although c'mon, they don't really look THAT much alike. Okay fine. Maybe they do... 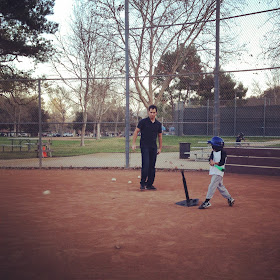 Our school's bowling night. I set up the dessert table. Right up my alley… Ha! 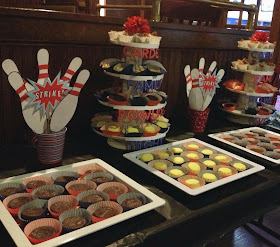 My youngest's Kindergarten play. He recited a passage from The Little Engine That Could and segued into a dance routine. This kid loves to dance! 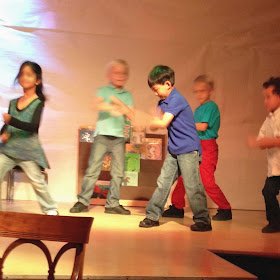 The boys' last basketball games. They both improved and got a lot of cardio. Always a plus in my book. 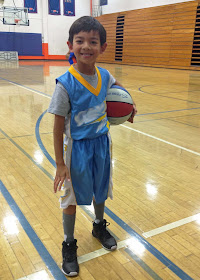 Tonight is my oldest's team party for his travel ball team. He's been playing ball continuously since September and is now rolling into Spring ball… which in California really begins in the Winter. Ah, hello? Mama needs a break! Anyhow, I had fun helping put together the party. I applied some of the same techniques used for the bowling party. When it works, you stick with it! 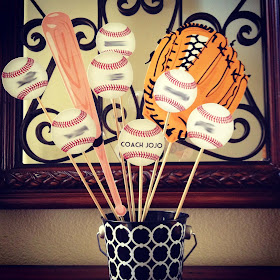 This week we did a turn-around trip to San Diego to clear out the condo that we've had for the past seven years. It wasn't our full-time home, but we had a lot of wonderful memories there. In fact, it's where my now almost 8 year old first learned how to crawl and where the boys spent countless hours playing hoops (in the hallway) and playing impromptu nerf football games. It's been harder and harder to get down there, so we decided to rent it out fully furnished… dishes and all. I know it won't be quite the same if we ever decide to use it again, so I took a bunch of photos… If anything to capture the "before". Hope the renters treat it well! 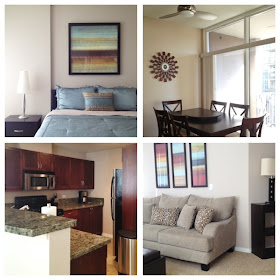 When we cleared out the condo, it was 75% toys! The back of my car was stuffed to the max with baby toys (Little People and tons of hot wheels) and even infant seats and ride-on toys. Now all of that "junk" is sitting in my living room. Boo! So you know what I'll be doing next week...

Have a good rest of the weekend!
Bliss Bloom Blog at 1:59 PM

Last year I bought an awesome penmanship print when my then first grader was learning to write in cursive. I thought it'd be a good tool for him and it doesn't hurt that it's on-trend too. And the amazing thing? It only put me out $4! But it gets better….

So I never got around to hanging it up.  At first I was going to frame it, but that just seemed too formal and was more than I wanted to spend. Then I saw several diy botanical charts that were hung in a clean and simple fashion and I was smitten. 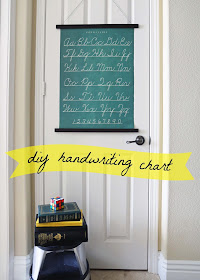 So what IS the best part about this project? It cost me less than $20. Total. Actually, it really just cost me $7 since I already had the stain, miter and twine from previous projects. And it took me just a few minutes to assemble. Seriously, for DIY, it doesn't get much better than that!

Click "Read more" for all the details!
Bliss Bloom Blog at 5:00 AM 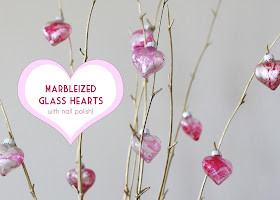 I saw this technique used for fingernails a few years ago and tucked the idea away for a future project. I'm not one for painting my nails, so I found this to be the perfect way to use some of the nail polish that I have stockpiled in my vanity. Why do I have so much polish when I hardly ever paint my nails? Who knows?! I guess I'm attracted to all those pretty colors, but when it comes down to it, only my toe nails get gussied up…. And that's only during sandal-wearing season. 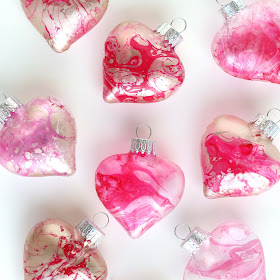 Anyhow… This project is easy. It's messy. There are fumes involved. That about sums it up. Luckily, if you have nail polish remover on-hand and you work in a well-ventilated area, it's not too bad. I think the end results are pretty eye-catching!

Have you ever wanted to create a card using your child's artwork? Or perhaps your own? Here's how!

Before I get too far into it, you'll need a scanner (or camera phone, camera with wifi, etc.) and Photoshop or other photo editing software for this project-- I have Photoshop Elements 9.

This project came about when my 5 year old spent some time coloring a picture and wanted to share it with a bunch of people-- grandma, nana, friend, teacher, etc. I tried to persuade him to color more pictures, but he was determined that THIS was his "masterpiece" and nothing could convince him otherwise.

So, with a little help from our scanner/printer and Photoshop, we were able to give all of the peeps on his list a custom, Made by L card. You can add a background or not. Since it's almost VDay, we added a heart background and turned it into a Valentine's Day Card. I also did a couple with a chalkboard background and font. 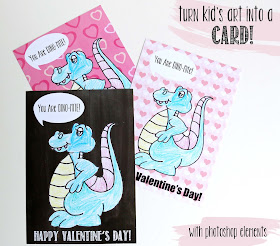 Wear It // Valentine's Day and Beyond

How do you do Valentine's Day? Do you dress up for the day? Do you plan an elaborate night out-- with either your girlfriends or significant other? Or do you get in your comfy clothes and call it a night?

I've done a combination of things over the years. I've done the wearing all-black and going out with my girlfriends when I was single. That was actually a lot of fun! We've done the prix fixe meal thing where a trendy restaurant tries to squeeze in as many couples into a space as possible. So really, your date has turned into a group meal with strangers. We don't do that anymore. And lately, we just skip the day altogether and go out to a nice dinner, sans kids on a less crazy, less busy night. Man, we're practical!

I'm not sure what we're doing for V-Day just yet, but I'm betting that I'll be dressed something like comfy-girl. 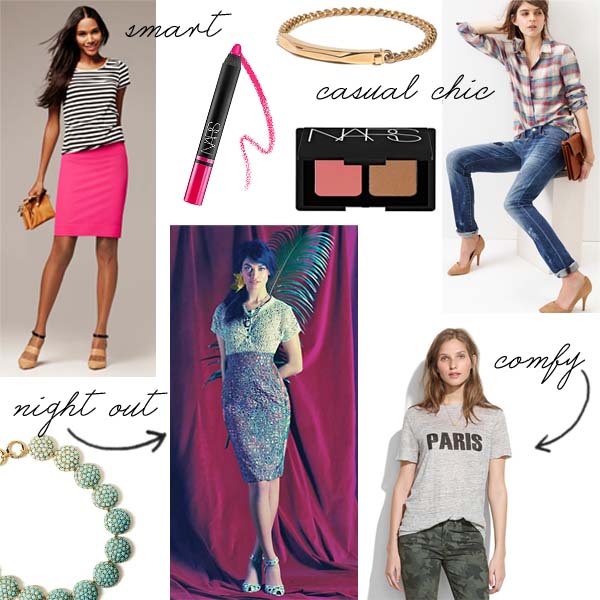 From the Archives // Handmade Valentine Projects

Itchin' for a Valentine's Day DIY Project? Here are a few that I pulled from the archives. Some can go beyond V-Day… I have that Instagram Heart hanging up in my house year-round. There's a little something for everyone-- from decorating the mantel, to making a crafty wreath, to designing a fashionable heart top. Happy creating! 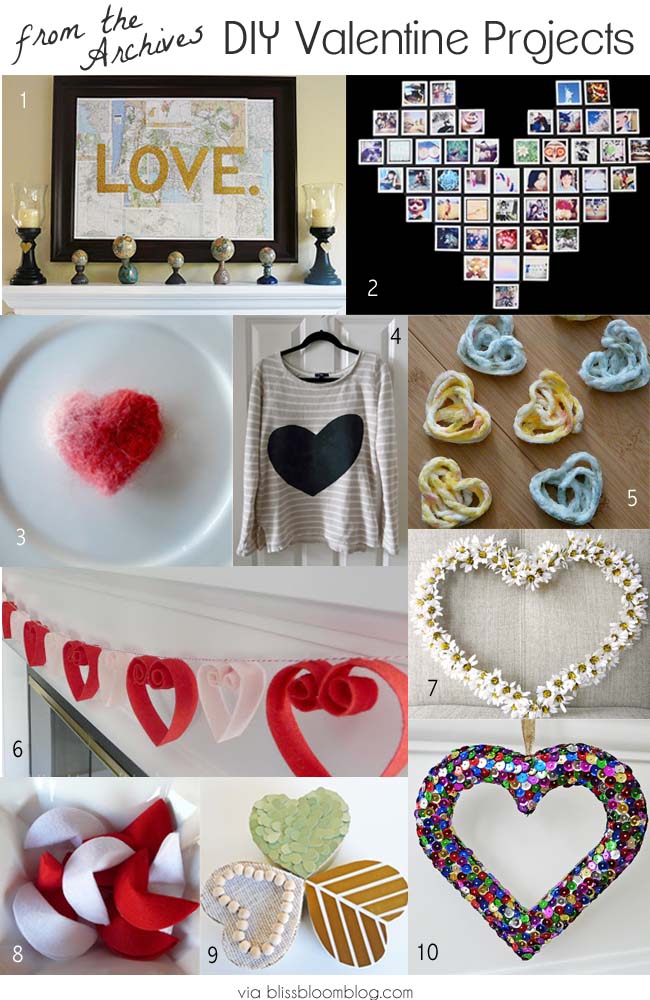