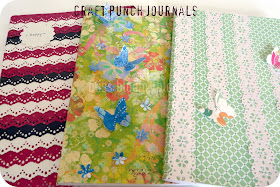 ﻿
Do you journal?  I don't... at least not in the traditional sense.  However, I do keep a notebook where I basically do a daily brain dump-- project ideas, party planning, shopping lists, to do lists, gift ideas... if I thought of it, most likely it's in there.  While my notebook is an important part of keeping me functional and somewhat organized, I tend to lose it almost on a daily basis.  Why?  Because it's pretty darn boring and tends to get lost amongst all the rest of the stuff on my desk.

here's my journal in its present state 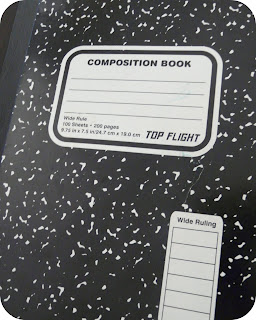 ﻿
A little basic and a whole lot of retro... who doesn't love a composition book

?  I purchase them by the pack at Costco (6 books for $4.99).  Does anyone still use them to write compositions though?? It really makes the perfect notebook-- thin, but the pages are large enough that I have plenty of room to scrawl and draw;  the binding is strong, nothing worse than having a notebook fall apart of you;  nicely lined so I don't have to force myself to write small and neat;  and it fits in my purse with room to spare. 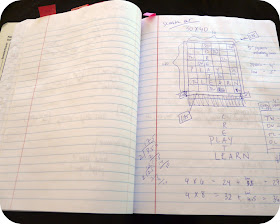 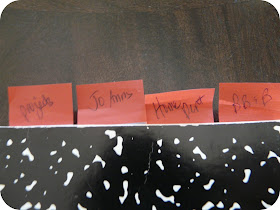 Since my "journal" contains all of my creative ideas (and then some), I decided to to get creative with it.  I kept it simple-- pretty paper, pretty punches and glue. 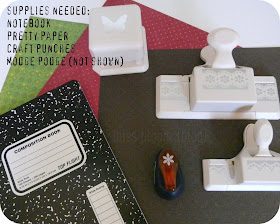 my new and improved journals 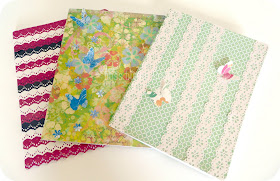 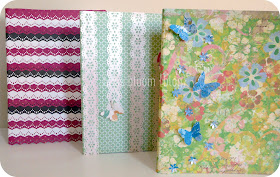 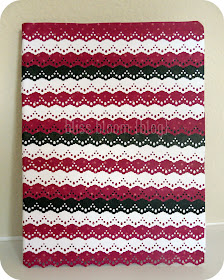 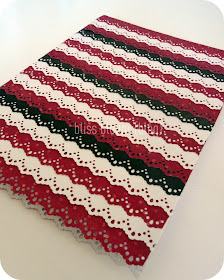 this one's inspired by cheesecake factory's white chocolate raspberry truffle... kidding! but it does remind me of it though. yum.  it's actually inspired by the card that i featured here. 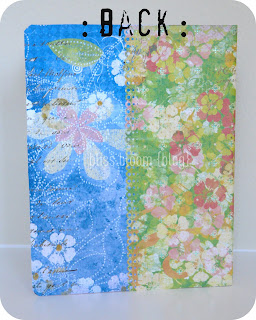 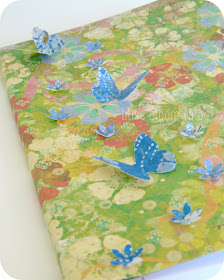 a little bright, a little frou-frou and a little 3d, but this definitely won't get lost in the shuffle. 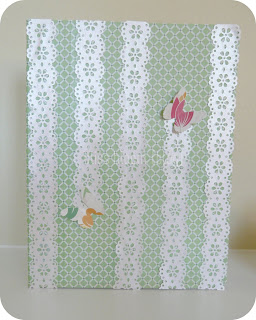 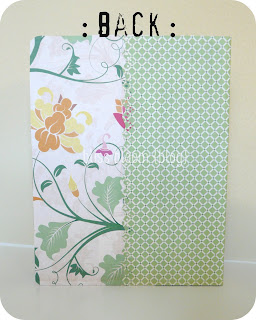 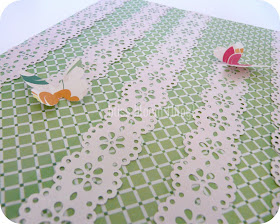 i struggled with the design on this one... but overall i'm happy with it.

Hope your week is going well.  Ours had a rough start that involved high fevers, sore throats, chills and a visit to the doctor.  Hopefully the worst is behind us!!

Have a great rest of the week!